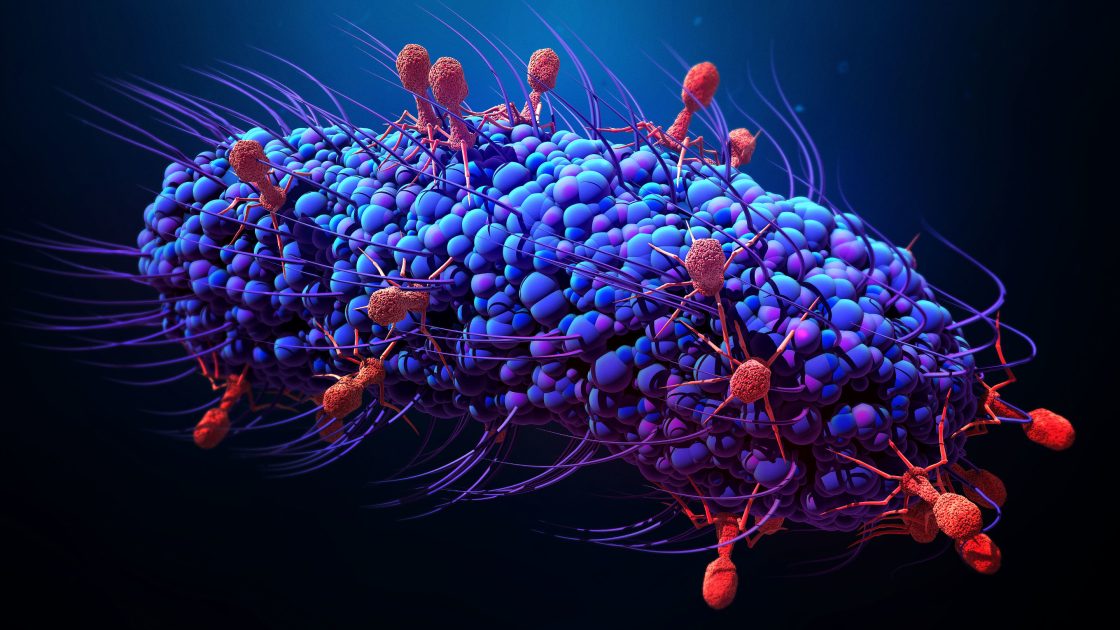 Scientists are at it again. This time, they are creating new viruses and bacteria in their laboratories. Scientists usually prefer altering already-existing or extinct bacteria and viruses to produce new strains that will defeat our immunity, vaccines, and drugs.

Sometimes, they prefer creating new viruses and bacteria from scratch. However, these strains are not always dangerous to humans even though they could be deadly to animals like mice and even to other bacteria.

Scientists at the University of Alberta have created horsepox, a lethal virus closely related to the equally deadly smallpox. Unlike smallpox, horsepox does not affect humans and is only fatal to horses.

The scientists created the virus during a six-month study sponsored by pharmaceutical company Tonix. The researchers purchased DNA pieces via mail order and arranged them to form the virus. The entire project was not expensive. The DNA pieces used to create the virus cost just $100,000.

The study caused a dilemma at the time it was revealed. Other scientists were concerned that governments or even terrorists could use the knowledge to create smallpox virus for biological weapons. A smallpox epidemic could become deadly for us today. We no longer get vaccinated for it because we eradicated the disease in 1980.

The researchers clarified that they created the virus because they wanted to develop improved smallpox vaccines. Tonix later revealed that it had produced a smallpox vaccine with the horsepox virus.

Other scientists say that the researchers could have extracted horsepox from wild horse populations instead of creating it from scratch. Tonix said they would have done just that if they had known they had natural access to the virus.

However, lead researcher David Evans said they recreated the virus because Tonix would have been unable to commercialize the horsepox virus taken from the wild.[1]

Between 1347 and 1351, millions of Europeans were afflicted with a mysterious disease that killed over 50 million people. Today, we know this disease is the Black Death, which is caused by the Yersinia pestis bacteria. Although the Black Death is still around, it is not as potent as it used to be.

A few years ago, researchers from several schools, including the University of Tubingen in Germany and McMaster University in Canada, recreated the deadly bacteria from DNA samples extracted from the teeth of a victim who died during the plague. They got only 30 milligrams of the bacteria from the teeth, but that was enough to recreate it.

As a result, researchers confirmed the original bacteria’s relationship to the Black Death around today. Some scientists had claimed that the bacteria were of different strains, but they are now confirmed to be the same. The one we have around today only became less deadly after it mutated.[2]

Like their counterparts at the University of Alberta, scientists at the State University of New York have created a deadly artificial virus by buying DNA pieces via mail order. This time, it is polio—and it is as potent as the natural one. Mice exposed to the artificial polio got sick just as they would have if exposed to natural polio.

The laboratory-created polio was controversial among scientists. The researchers who produced it had taken its code from databases available to almost anybody. Other researchers fear that people with ulterior motives could develop their own artificial polio, which is much easier to make than other dangerous viruses like smallpox.

Smallpox’s genetic code is 185,000 letters long while polio’s is just 7,741 letters long. Although we are already at the brink of eradicating polio, scientists fear that we will still need to be vaccinated against the disease because it could be recreated.[3]

A few years ago, researchers at the Australian National University and the Commonwealth Scientific and Industrial Research Organization (CSIRO) produced a deadly mutated strain of mousepox by mistake. Mousepox is another lethal virus that belongs to the same family as horsepox and smallpox.

The researchers were trying to develop birth control for mice at the time that they mistakenly created the virus. They inserted a gene that promoted the creation of interleukin 4 (IL-4) into mousepox, which they injected into some mice. The mice were vaccinated and were not supposed to be harmed by the mousepox.

Instead of making the mice infertile as researchers had expected, the weakened virus turned lethal and destroyed the immune systems of the mice, killing them in nine days. The new mousepox was so dangerous that it was resistant to vaccination. Half of the other vaccinated mice exposed to the mutated mousepox also died.

The researchers were so scared by their invention that they did not want to publish their findings. They even met with the Australian military to confirm if it was safe to publish.[4]

Scientists fear that human smallpox could also mutate and become deadlier if injected with IL-4. However, they are unsure because no one has tried it yet. We know it’s only a matter of time before some scientist does.

Severe acute respiratory syndrome (SARS) is a lethal virus. More than 700 people were killed during a SARS epidemic that infected 8,000 people in 29 countries between 2002 and 2003. Now, scientists have made it deadlier.

The team said that the research was necessary because the natural SARS virus could mutate and become immune to our vaccines. By creating a deadlier and mutated virus, we could develop stronger vaccines that will save us from a more lethal SARS epidemic—that is, if the natural SARS ever mutates.

However, other scientists are concerned because the SARS 2.0 that is supposed to save us from a deadly SARS epidemic could start that epidemic if it ever escapes from the lab.

Scientists have created a MERS-rabies hybrid virus. The idea is to use the virus to develop a vaccine that will protect us from both viruses. Rabies is a deadly disease that can be transmitted to humans through the bites of infected dogs that usually have the virus in their saliva.

Middle East Respiratory Syndrome (MERS) is a new virus that appeared in Saudi Arabia a few years ago. It is closely related to SARS and is spread from bats to camels and, finally, to humans. MERS infected 1,800 people at the time of its first epidemic and killed over 630. Its fatality rate is around 35 percent.

As we mentioned in the previous entry, SARS infected over 8,000 people during a 2003 epidemic but killed just over 700. Although SARS caused more deaths in absolute terms, it has a lower fatality rate than MERS. Only about 10 percent of SARS victims died. And for now, we do not have any vaccine for MERS.

To create the MERS-rabies hybrid, researchers took some proteins from the MERS virus and added it to rabies. They used the new virus to develop a new vaccine that made mice resistant to rabies and MERS. They believe that the vaccine can also be used for humans and camels at risk of getting MERS.[6]

Phi-X174 is another artificial virus we have produced in laboratories. It was created by researchers at the Institute of Biological Energy Alternatives in Rockville, Maryland. The researchers modeled the artificial virus after the natural phiX virus. PhiX is a bacteriophage, a category of viruses that infect and kill bacteria. However, it has no effect on humans.[7]

The researchers created the artificial virus in 14 days, yet it resembles the natural virus so much that it is impossible to tell them apart. The researchers hope that the new virus is the first step in developing mutant and artificial bacteria that can be used for the benefit of man.

Researchers from University College London and the National Physical Laboratory have created an unnamed virus that kills bacteria and behaves like a real virus. Like phi-X174, it is a bacteriophage but deadlier.

The unnamed virus attacks any bacteria around it. Within seconds, it breaks into smaller parts that attach and create holes on the bodies of the bacteria. The holes quickly become larger, forcing the bacteria to leak their contents. The bacteria die soon after.

Despite its scary potency, the unnamed virus is not dangerous to humans and did not attack human cells during tests. However, it could enter human cells just like natural viruses. Researchers hope the results will be used to treat and study bacterial diseases in humans. The virus could also be used to alter the human gene.[8]

Some Dutch scientists have created a mutant and deadlier version of the already-lethal bird flu. Natural bird flu is not easily transmitted among humans. However, the researchers altered it so that it could be. To test their new virus, the researchers exposed some ferrets to it. Ferrets were chosen because they had similar bird flu symptoms to humans.

Ten generations later, the already-changed virus mutated again and became airborne. Natural bird flu is not an airborne disease. The study was controversial in the science community. It became even more so when the Dutch researchers attempted to publish the process to create the deadly virus.[9]

Although scientists fear that terrorists could use the study to produce a deadly biological weapon that could kill half the people in the world, the researchers involved say that the study was necessary to allow us prepare for a mutated bird flu epidemic.

In 1918, the world witnessed the arrival of a deadly flu epidemic. This was the H1N1 virus. By the time it was over, up to 100 million people were dead. The flu caused blood to seep into the lungs of victims. They released blood from their noses and mouths before drowning in the blood inside their lungs.

The flu returned in 2009. But it was less lethal even though it was mutated and deadlier than it should have been. Scientist Yoshihiro Kawaoka took samples of the mutated strain that caused the 2009 epidemic and used it to create a deadlier strain that was resistant to vaccines. This strain was similar to the one that caused the 1918 epidemic.[10]

Kawaoka was not planning to produce a more lethal version of the flu at the time. He only wanted to create the original version of the flu so that he could study how it mutated and was able to bypass our immunity. The deadly virus is stored in a lab and could become fatal if ever release