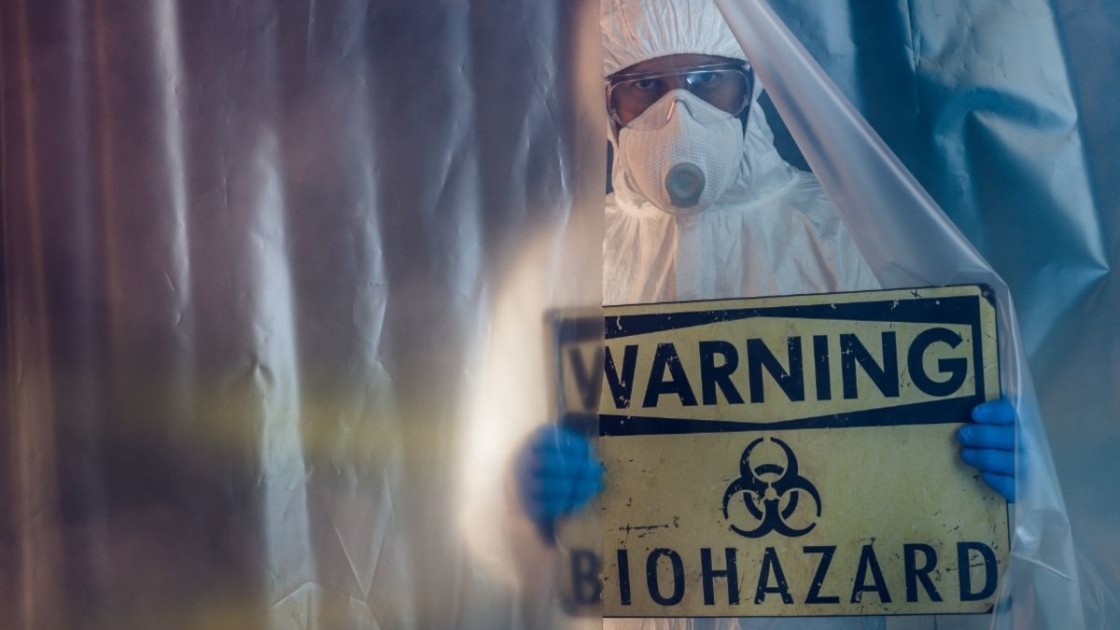 U.S. CONFIRMS THE EXISTENCE OF BIOWEAPONS LAB IN UKRAINE: SAYS RUSSIAN ATTACK MAY TARGET THEM

The United States Under Secretary of State Victoria Nuland has confirmed that the military-industrial complex does, in fact, operate bioweapons laboratories in Ukraine that are among the targets of the Russian invasion.

After the corporate-controlled media declared the Biolabs revelation to be “disinformation,” Nuland confirmed that the Pentagon is engaged in bioweapons research in Ukraine and elsewhere and that Barack Hussein Obama is the one who authorized it.

“Ukraine has biological research facilities which, in fact, we are now quite concerned…

Russian troops, Russian forces may be seeking to gain control of,” Nuland testified before the Senate Foreign Relations Committee on Tuesday.

“We’re working with Ukrainians on how they can prevent any of those research materials from falling into the hands of Russian forces should they approach.”

Glenn Greenwald, formerly of The Intercept, shared a video on Twitter of Nuland’s testimony that you can watch below:

U.S. Embassy caught deleting all evidence of Ukrainian Biolabs from its website – U.S. and Ukraine in violation of Biological Weapons Convention

Just as the Biolabs revelation really started gaining traction online, the U.S. Embassy quietly deleted all traces of their existence from its website.

The Russian military also says that Ukrainian authorities are hastily trying to destroy all evidence of bioweapons from said Biolabs, which include highly pathogenic bacterial and viral agents similar to the Wuhan coronavirus (Covid-19).

Lt. Gen. Igor Kirillov further revealed that documents seen by the Russian military show that some of these Biolabs were also working with anthrax.

The only reason that Kiev is reportedly moving to destroy the materials housed at these Biolabs is because of their exposure,

“will highly likely prove Ukraine and the U.S. have been in violation of the Biological Weapons Convention,” Kirillov said.

Marco Rubio, Nuland both blame Russia for any potential release of U.S.-Ukraine bioweapons

Even though Moscow has repeatedly expressed concern about the development of U.S.-funded bioweapons in Ukraine, hence the recent invasion, Nuland of course took the side of NATO by preemptively blaming Russia for any potential release of hazardous materials amid the ongoing conflict.

He says that if any “incident” or “attack” takes place at any point in the future, then it will automatically be the fault of Russia.

“There is no doubt in my mind, senator, and it is a classic Russian technique to blame on the other guy what they’re planning to do themselves.”

Interestingly, it is the U.S. military-industrial complex that continually stages false flags to blame on others, and any potential release of bioweaponry from Ukrainian Biolabs will almost certainly be,

the fault of the Pentagon, not Russia…!

Meanwhile, Kiev is denying that any bioweapons are being designed in the country.

The Pentagon agrees, claiming that any allegations to the contrary are “Russian disinformation.”

One of the webpages deleted by the U.S. Embassy shows that Obama is the one who green-lighted the construction of Biolabs in Ukraine where “especially dangerous pathogens” could be developed.

Originally published on June 18, 2010, an article called “Biolab Opens in Ukraine” explains that Obama, while still functioning as an Illinois senator, secured an agreement to create a level-3 biosafety lab in the Ukrainian city of Odessa.

Former Sen. Dick Lugar (R-Ind.) also contributed to the effort, announcing that plans for the facility began in 2005 when he and Obama together entered into a partnership with Ukrainian officials.

This Democrat-Republican duo – because let’s face it, both parties are really the same uni-party – coordinated the effort between the U.S. and Ukraine, claiming that it was part of,

“an effort to study and help prevent ‘avian flu’.”

According to a 2011 report from the United States National Academy of Sciences’ Committee on Anticipating Biosecurity Challenges of the Global Expansion of High-Containment Biological Laboratories, the Odessa-based laboratory,

“is responsible for the identification of especially dangerous biological pathogens.”

“This laboratory was reconstructed and technically updated up to the BSL-3 level through a cooperative agreement between the United States Department of Defense and the Ministry of Health of Ukraine that started in 2005,” that report explains.

“The collaboration focuses on preventing the spread of technologies, pathogens, and knowledge that can be used in the development of biological weapons.”

The “updated” Odessa lab also serves as the Interim Central Reference Laboratory with a mission of depozitarium, or pathogen collection.

Ukrainian regulations allow for it to work with both bacteria and viruses,

“of the first and second pathogenic groups.”

The latest news about the Ukrainian conflict can be found at Chaos. news.