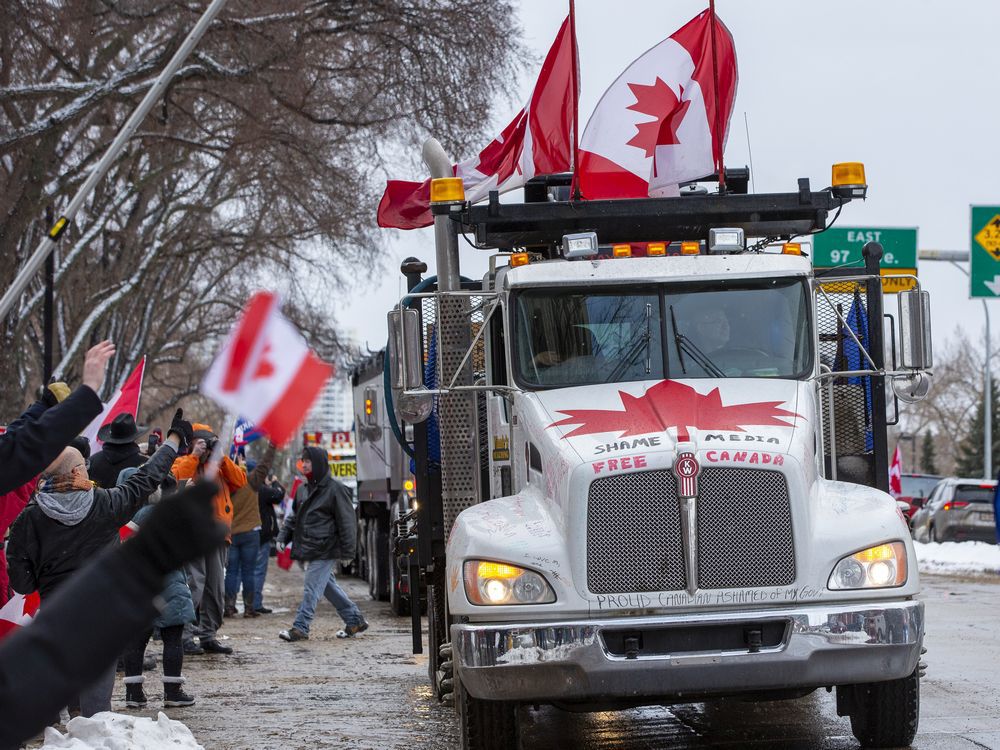 Despite the media blackout, right-wing fringe accusations, and public smearing by Justin Trudeau, Freedom Convoy is not a menace to Canada, but a group of people fighting for their freedom of choice. As an American who witnessed the Jan 6th event being twisted into a false insurrection, I see a similarity happening in Canada. I would not be surprised if Trudeau is planning to insert false actors into the movement to incite violence, thereby validating their false narratives.

Below is a news conference that was held yesterday by the group’s organizers who are preparing to be blindsided this weekend at an Ottawa event. They are being extra cautious because there are forces who are determined to demonize this movement by any means necessary. I want the followers of this blog to witness firsthand democracy in action and the conscious effort by the ruling elite to squash that from happening. I want the readers to see the faces of the doctors, truckers, and scientists who are doing everything in their power to reach a peaceful resolution and for the readers to draw their own conclusions.

Despite the many European Nations finally coming to terms with the Truth regarding this virus, the West is still struggling to find its voice. It is no surprise that this site supports the truckers and their quest for freedom of expression and we wish them all success.