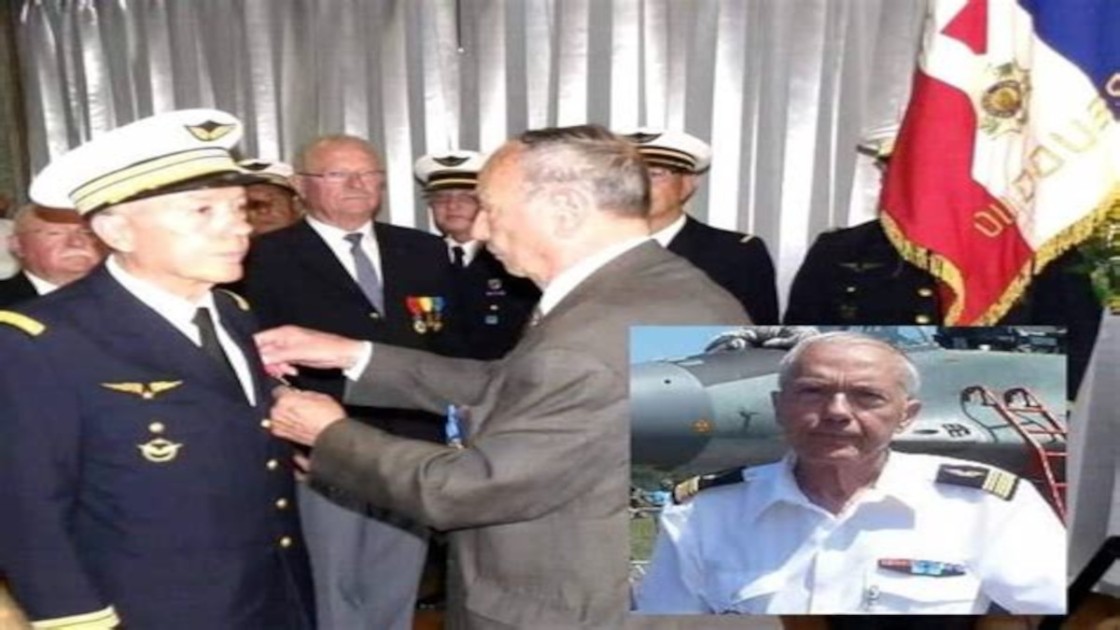 ER Editor: We remind readers of the two famous letters that both retired and active military personnel sent Macron back in April of this year. See French Military Issue a Stern Warning to Macron &Co. and The French Military Have Dropped Another Bombshell, This Time from Active Service Personnel.

The incredible letter below from retired Colonel Jacques Amiot, who was decorated with the Legion d’Honneur in 2013 and another award in 2017, not only exposes each and every facet of the 18-month scam perpetrated on all of us in most countries but crucially shows the level of awareness among the French military. And it carries a warning.

For those who want to practice their French, we remind readers of a video put out in June from a Spanish policewoman, who is fluent in French, and a French lawyer, appealing to the French gendarmes (who are part police, part military) and the military itself. See https://rumble.com/vhwzd5-message-aux-corps-constitus-.html

Whatever it may cost me, I do not hesitate to say that you are criminals and I associate with this accusation all those who support you in your evil work: certain elected officials, journalists (I am not generalising).

Your first crimes date back to the beginning of 2020 when, by decree, you refused general practitioners the possibility of treating their patients under false pretences. Since that time you have tens of thousands of deaths on your conscience because many of our fellow citizens could have been treated and saved.

I challenge you to prove me wrong because all over the world, medicines have proven their effectiveness. At the beginning of 2020, it was also discovered that Chloroquine, widely used for more than 70 years, especially in Africa, had mysteriously become a dangerous product.

The only purpose of this totally illogical and reprehensible decision was to impose a “vaccine” by trying to justify that there was no other solution.

The truth will eventually come out; you cannot hide it for much longer.

For more than a year, General Delawarde has been carrying out meticulous research and publishing in-depth analyses in which he has demonstrated that countries that practice early treatment have proportionally far fewer deaths than France; the Pasteur Institute has just confirmed the interest of Ivermectin. The general also demonstrated that the “pandemic” was vastly overrated and could be managed in a much less destructive way. There are other diseases that are far more deadly, but we don’t talk about them much.

You are criminals because, still because of this refusal of care, hospitals have been clogged, operations and urgent care have been postponed with the result that many people have died; not to mention the “murder” of elderly people by Rivotril because of a lack of means due to your negligence.

You are criminals because, still, for this reason, you have caused the collapse of the economy with the consequence of mass unemployment, suicides…

I am not anti-vaccine, gentlemen of the executive: for years, my wife and I have been vaccinated against the flu, and I do not criticize those who are “vaccinated” because it is their choice which, often, has been largely provoked by the propaganda of the media.

We should not be surprised by this attitude of many media because many of them are owned by those who propelled you to power by breaking and entering, with the effective help of the justice system, which quite opportunely disqualified Mr. Fillon.

On the other hand, it is monstrous to want to forcefully inject the French with products that are still being tested and whose effects, especially in the medium to long term, are completely unknown. In your eyes, the French are nothing more than guinea pigs subjected to the goodwill of powerful pharmaceutical laboratories.

Obviously, you are scrupulously fulfilling the roadmap planned for a long time by the globalists, whose only concern is to impose a “vaccine” in order to make billions of dollars.

To impose this roadmap, you have constantly lied to the French people and governed by fear, with cases, hospitalizations, and deaths largely overestimated.

The measures you decided on 12 July are the fruit of the imagination of tyrannical psychopaths. We are one of the five countries in the world that have entered into a more than draconian tyranny. What has become of the land of human rights?

From several readings I understood that in order to impose a world governance, the globalists had to eliminate the sovereign nations beforehand; I still had a slight doubt but I no longer have any.

Klaus Schwab, Jacques Attali, Georges Soros, Bill Gates, Anthony Fauci, and many others do not hide it; to be convinced, it is enough to find the declarations and writings of these oligarchs, who already think they are the masters of the world.

With them, you are actively participating in the destruction of France, and you are currently preparing the variant Delta, certainly no more lethal than the previous ones, in order to subjugate the people a little more.

The Constitutional Council and the Council of State show that nothing can be expected of them: they are accomplices.

We have clearly understood that you want to make the non-vaccinated feel guilty and, above all, that your main aim is to set the French against each other. I hope that they will have the intelligence not to fall into this evil trap; otherwise, anything can happen.
For me, it is not only a question of freedom of choice but, above all, of preserving my physical integrity and that of my loved ones. To claim that “vaccines” do not present serious risks is a matter of “clairvoyance” and not of science.

If I were you, I would not be at ease because history has shown that tyrants and their collaborators generally end up very badly. I understand that some French people, perhaps naive and gullible for some, want to become MPs (it’s a good position); I understand that journalists want to preserve their jobs, but many should be wary of collaborating too much with a power that has become tyrannical because they risk paying a high price. We watch, we note.

I do not salute you because a military man does not salute criminals.

Published to The Liberty Beacon from EuropeReloaded.com