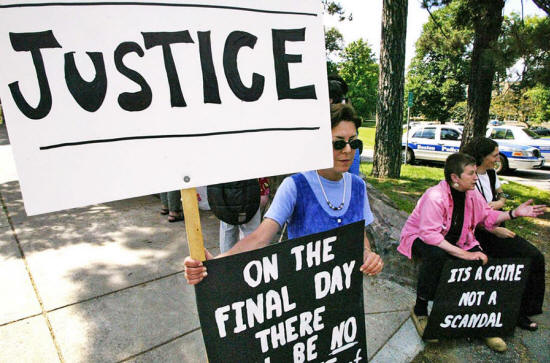 Member of the Coalition of Catholics and Survivors
hold a protesting outside the Boston
archbishop’s residence in 2003.
Jim Bourg/Reuters

In fact, as I know through my research, the Vatican and its American bishops have known about the problem of priestly pedophilia since at least the 1950s.

And the Church has consistently silenced would-be whistleblowers from within its own ranks.

In the memory of many Americans, the only comparable scandal was in Massachusetts, where, in 2002, the Boston Globe published more than 600 articles about abuses under the administration of Cardinal Bernard Law.

That investigation was immortalized in the 2015 award-winning film, “Spotlight.”

What many Americans don’t remember, however, are other similar scandals, some even more dramatic and national in scope.

Doubling down on secrecy 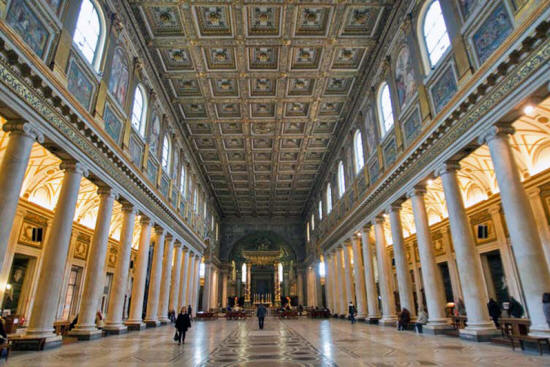 The Vatican has known about
priestly pedophilia for many decades.
AP Photo/Andrew Medichini

While the problem of priestly pedophilia might be centuries old, the modern paper trail began only after World War II, when “treatment centers” appeared for rehabilitating abusive priests.

Instead of increased transparency, bishops, at the same time, developed methods for denying and hiding allegations of child sexual abuse.

During the 1950s and 1960s, bishops from around the U.S. began referring abusive priests to church-run medical centers, so that they could receive evaluation and care without disclosing their crimes to independent clinicians.

Fr. Gerald Fitzgerald, who began his ministry in Boston and Quebec, was among those who advocated prayer over medicine.

In 1947, Fitzgerald moved to New Mexico and founded the Servants of the Paraclete, a new order of Catholic priests devoted to healing deviant clergy.

His belief in faith healing reflected a vocal minority of Catholic leaders who still viewed psychology as a threat to Christian faith. Fitzgerald based the Paracletes in New Mexico.

From 1947 to 1995, the state became a dumping ground for pedophile priests.

As Kathleen Holscher, chair of Roman Catholic studies at the University of New Mexico, has observed, this practice forced New Mexico’s parishes to absorb, in effect, abusive priests from across the country.

Other priests sent to the Paracletes were returned back into ministry in their home diocese, reassigned to new parishes that had no way of knowing about their abusive past.

This system was sustained, in part, by the fact that few diocesan personnel files recorded past accusations by children and parents.

As Richard Sipe, a psychologist who worked at a similar Catholic treatment center later revealed, bishops generally masked past accusations by instead recording code words like “tickling,” “wrestling” or “entangled friendship” in personnel files.

By 1956, Fitzgerald became convinced that pedophilia could not be treated, even as he continued to believe that prayers could cure other illnesses, such as alcoholism.

He petitioned U.S. bishops to stop sending him their child abusers, advocating instead for firing abusive priests and permanently removing them from ministry.

Fitzgerald eventually appealed directly to the Vatican, and met with Pope Paul VI to discuss the problem in 1963.

It is unclear when the Church began using hush settlements to silence victims.

The practice, however, was so widespread by the 1980s that the Vatican assigned church lawyers to adjust their insurance policies in order to minimize additional liabilities.

*Fr. Thomas Doyle, a non-parish priest who specialized in Roman Catholicism’s internal laws
*Fr. Michael Petersen, a trained psychiatrist who believed that priests with abusive disorders should be treated medically
*Roy Mouton, a civil attorney who represented one of the church’s most notorious pedophile priests

Together, they authored a 92-page report and submitted it for presentation at the 1985 meeting of the National Conference of Catholic Bishops, the Church’s apparatus for controlling and governing American priests.

The document estimated that American bishops should plan to be sued for at least US$1 billion, and up to $10 billion, over the following decades.

Several of the nation’s most powerful cardinals buried the report. In response, Thomas Doyle mailed all 92 pages, along with an executive summary, to every diocese in the United States.

Yet there is no evidence that any bishops headed the report’s warnings.

During the 1980s, victims began to speak out against the church’s systemic attempts to mask the scope of the crisis.

In 1984, survivors of Fr. Gilbert Gauthe refused to be silenced by hush money, instead choosing the painful path of initiating public lawsuits in Louisiana. 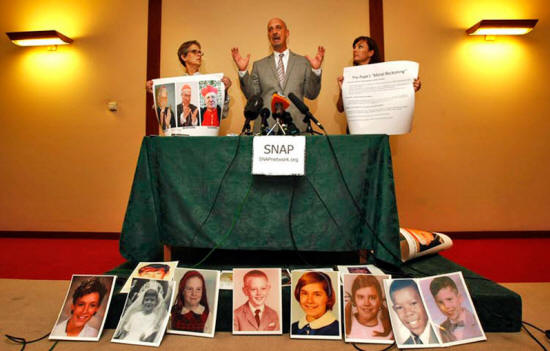 Representative of SNAP,
Survivors’ Network for Those Abused by Priests,
talk to the media during a press conference in Rome, in 2010.
AP Photo/Pier Paolo Cito

As these stories became public, more and more victims began to bring lawsuits against the Church.

*the Survivors’ Network for Those Abused by Priests (SNAP),

In 1992, survivor Frank Fitzpatrick’s public allegations led to revelations that Fr. James Porter had abused more than 100 other children in Massachusetts.

Widespread shock followed at the time as well as after Fitzpatrick’s appearance on ABC’s “Primetime Live,” when news anchor Diane Sawyer interviewed Fitzpatrick and 30 other Porter victims.

The national outcry forced dioceses across the country to create public standards for how they were handling abuse accusations, and American bishops launched new marketing campaigns to regain trust.

In spite of internal pledges to reform their culture of covering up abuses, the Pennsylvania grand jury report demonstrates that the Church’s de facto policy remains unchanged since the 1950s:

Instead of reporting rape and sexual abuse to secular authorities, bishops instead continue to transfer predatory priests from one unsuspecting parish to the next.

Victims with no hope of justice

The issue of clergy sex abuse has also unleashed broader questions about justice and faith:

*How do survivors continue to pray and attend Mass?

As a scholar who studies communities of clergy abuse victims, I have asked Catholics to share their thoughts about the current crisis.

Many of them tell me that “at least” Boston’s Cardinal Law “went to jail.” That leads to an awkward moment when I have to refresh their memory.

Cardinal Law was neither indicted nor arrested.

Instead, Pope John Paul II transferred Law to run one of the Vatican’s most cherished properties, the Basilica of Saint Mary, essentially rewarding Law for his deft cover-up of the abuses in Boston. 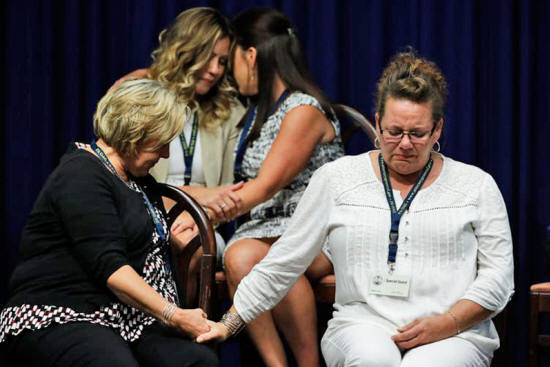 Victims of clergy sexual abuse or their family
members react after the release of
the report by Pennsylvania grand jury.
AP Photo/Matt Rourke

In fact, no American bishops or cardinals have ever been jailed for their role in covering up and enabling child sexual abuse.

Civil settlements have held the Church accountable only financially. A combination of political complacency and expired statutes of limitations has prevented most survivors from obtaining real justice.

Outraged by this lack of justice, survivors urged the International Criminal Court (ICC) at The Hague to investigate the Vatican for crimes against humanity.

The International Criminal Court declined, citing the fact that many of the alleged crimes occurred before the court was formed, and were thus beyond the scope of the court’s “temporal jurisdiction.”

To date, the highest-ranking priest tried in an American court is Philadelphia’s Monsignor William Lynn, who was charged with conspiracy and two counts of endangering children.

His 2012 conviction for one count of endangerment was vacated by the Pennsylvania Supreme Court in 2016. He now awaits an unscheduled retrial.

Even as scholars and theologians have called for all of the American bishops to resign, there has been little talk of criminal prosecutions. If yesterday’s survivors do not find justice, tomorrow’s children will not know safety.

As the Pennsylvania grand jury emphasized:

“There have been other reports about child sexual abuse within the Catholic church… For many of us, those earlier stories happened someplace else, someplace away.

Now we know the truth: it happened everywhere.”