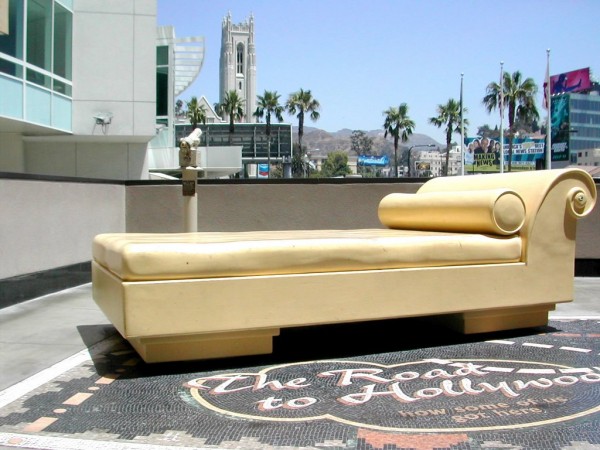 Harvey Weinstein is not the first powerful Hollywood player to be accused of sexual harassment.

For years, film stars have shared their stories of sexual harassment on set, and how producers and directors abuse their power.

For years, film stars have shared their stories of sexual harassment on set, and how producers and directors abuse their power.

The most recent tales of casting couch abuse have been directed at film mogul Harvey Weinstein, with several actresses accusing him taking off his clothes and asking for a massage, among other things.

Weinstein was sacked from his own company, and in the mildest scenario, he will have his name stripped off all his films and never work in the industry again.

He has “unequivocally denied” every allegation.

But Weinstein isn’t the first Hollywood boss to be accused of sexual harassment.

Before the accusations about him emerged, many actresses had already shared their own experiences of Hollywood’s infamous ‘casting couch’, a term meaning the trading of sexual favours for career advancement.

Marilyn Monroe, considered by many to be the first big Hollywood sex symbol, once described Hollywood as an “overcrowded brothel”.

In Anthony Summers’ biography Goddess: The Secret Life Of Marilyn Monroe, the author recalls the star describing her career by saying she”spent a great deal of time on my knees”.

When British writer W J Weatherby asked her whether the stories about the casting couch were true, Monroe responded: “They can be”.

“You can’t sleep your way into being a star, though. It takes much, much more. But it helps,” she added.

“A lot of actresses get their first chance that way. Most of the men are such horrors, they deserve all they can get out of them!”

Before Monroe, child star Shirley Temple accused an MGM producer of unzipping his trousers and exposing himself to her during their first meeting in 1940 – she was 12 years old.

According to Temple, the studio head was famous for having an “adventuresome casting couch”.

Dame Joan Collins claimed she lost the leading role in the 1963 film Cleopatra after refusing to sleep with the studio boss.

“I had tested for Cleopatra twice and was the front runner,” she said.

“He took me into his office and said: You really want this part? And I said: Yes. I really do. Well, he said, then all you have to do is be nice to me.”

“It was a wonderful euphemism in the sixties for you know what,” Dame Joan added.

“But I couldn’t do that. In fact, I was rather wimpish, burst into tears and rushed out of his office.”

“He took me into his office and said: You really want this part? And I said: Yes. I really do. Well, he said, then all you have to do is be nice to me.”

“It was a wonderful euphemism in the sixties for you know what,” Dame Joan added.

“But I couldn’t do that. In fact, I was rather wimpish, burst into tears and rushed out of his office.”

One of the most notorious harassers was allegedly Louis B Mayer.

“Mayer would tell her what a wonderful singer she was, and he would say: you sing from the heart – and then he would place his hand on her left breast,” Clarke wrote.

“It’s really so heartbreaking. Some of these people! Like Hollywood legends. You think you’re going to meet them and you’re so excited, like: I can’t believe this person wants to have a conversation with me,” she added.

“And you get there and you realise that’s not what they want, at all.”

Dame Helen Mirren, whose career began in the early sixties, claimed in a TV interview director Michael Winner made her turn around and flaunt her body for him during a casting interview.

“I thought it was insulting and sexist, and I don’t think any actress should be treated like that – like a piece of meat,” she said.

Winner disputed the actress’ version of events, and said he “did not ask her to turn around”.

Earlier this year, the actors’ union issued a manifesto demanding radical change to casting practice, which specifically writes that “no sex act should be requested at any audition”.

But for The Big Sick star Zoe Kazan, the problem seems to persist.

In July, she told The Guardian that actors still have no HR department to go to when these situations occur, and shared how actresses are repeatedly being told to give directors “b*** j** eyes” during auditions.

“You leave the situation feeling not good about what just happened, but you don’t really have the language for why,” she said.

“You feel like, if you said something, it would reflect badly on you.”

In 2009, actress Charlize Theron told OK! magazine she had a casting couch experience at the age of 19, when a producer invited her to his house.

“I thought it was a little odd that the audition was on a Saturday night at his house in Los Angeles, but I thought maybe that was normal,” she said.

“He was in his Hugh Hefner pyjamas. I go inside and he’s offering me a drink, and I’m thinking: My god this acting stuff is very relaxed.

“But it soon becomes very clear what the situation was. I was like, ‘Not going to happen! Got the wrong girl, buddy!'”

Gwyneth Paltrow, who has also accused Weinstein of sexual harassment, told Elle in 2010 she had one boss suggesting their interview was finished in the bathroom.

“I left. I was pretty shocked,” she said.

“I could see how someone who didn’t know better might worry: My career will be ruined if I don’t give this guy a b******!”.

But such claims in Hollywood are not only made by women.

Corey Feldman, the former teen idol who starred in classics such as Stand By Me and The Goonies, made claims about paedophilia in Hollywood.

In an interview with Nightline, Feldman claimed “the number one problem in Hollywood was and is and always will be paedophilia”.

“That’s the biggest problem for children in this industry,” he added.

Other stars who have shared their casting couch experiences include the likes of Susan Sarandon, Thandie Newton, Lisa Rinna, Lena Headey and Goldie Hawn.