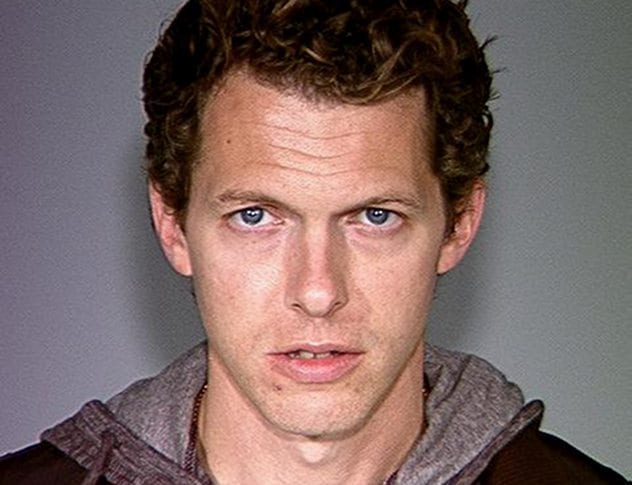 The kids in some of the most successful movies of the past 15 years were hand-picked by Jason James Murphy—a convicted pedophile.

Before he became a casting director, Murphy lived in Seattle, where, according to court papers, he became “obsessed” and “in love with” an elementary school boy. Murphy tried to lure the young boy away, promising they would live together in London. Then he took it even further.

In 1996, Murphy disguised himself as a woman and kidnapped the child. He put him on a plane, flew him off to New York City, and kept him in a shared hotel room. The boy was only rescued when a hotel clerk saw their faces on America’s Most Wanted and called the cops.

Five years later, though, Murphy was back on the streets—and, pretty soon, was working as a casting director. After being convicted for kidnapping and molestation, he was hired to cast the kids in School of Rock, Super 8, and more. He spent a year in the industry scouting kids before somebody actually took the time to look into who he was—and just how dangerous he could be. 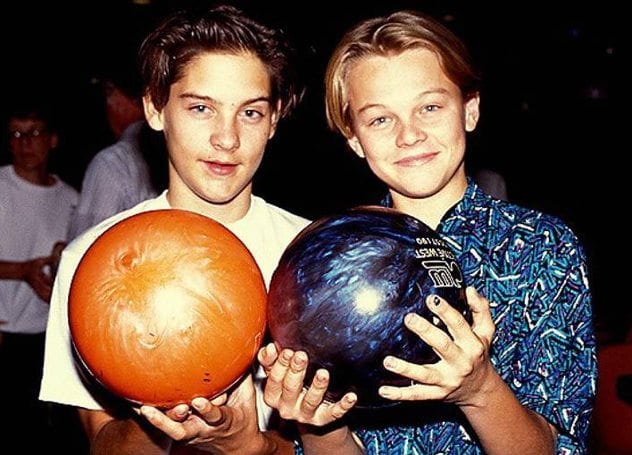 Bob Villard was one of the biggest child managers in the industry. He represented some of the most famous young names in Hollywood, including Leonardo DiCaprio and Tobey Maguire—but if the system had worked correctly, he would not have been allowed anywhere near any of them.

Even before DiCaprio started acting, in 1987, Villard was charged with possession of child pornography. The prosecution, though, failed to prove it in court—and so Villard went free and kept working with kids.

It took until 2001 before they got him in jail. Villard was caught with a whole collection of sexually explicit pictures of young boys. He lost the case, went to jail, and the world became a safer place—for a while anyway, until Villard got out and immediately went right back to managing children.

It did not take long before Villard hurt someone. By 2005, he was caught sexually assaulting a 13-year-old boy he had courted as a client. Villard was sent back behind bars and his career finally ended—but there is no telling how many other clients he may have assaulted that never came forward.

The courts did not seem particularly surprised by Villard’s abuse. “That’s what’s done,” the District Attorney told the press. “This is all normal in the industry.” 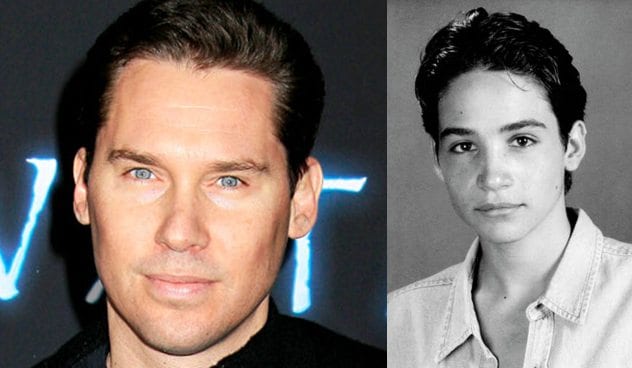 Even if you have not heard Bryan Singer’s name, odds are you have seen one of his movies. He is the director responsible for the X-Men movies, The Usual Suspects, and the alleged sexual assaults of at least three underage boys.

His most famous accusation comes from Michael Egan, who met Singer at a party when he was 15 years old. Singer, Egan claims, sat the 15-year-old boy on his lap, fed him alcohol and drugs, and promised a role in X-Men. Then, while Egan protested, he sodomized him. After that, Egan claims, Singer raped him regularly, threatening that, if he told anyone about it, he would murder his family.

That is a crazy accusation, and it has never been proven in court—but it is not the only one Singer has heard. Another 14-year-old boy has accused Singer of feeding him Quaaludes and alcohol and anally raping him, and underage extras from the movie Apt Pupil claimed that Singer forced them to strip naked so he could film them in the shower.

Singer has managed to get every one of these accusations thrown out, and so he keeps working as one of Hollywood’s most successful directors. But even if Singer cannot be proven guilty, he spends his time around a lot of people who can be—as you will see. 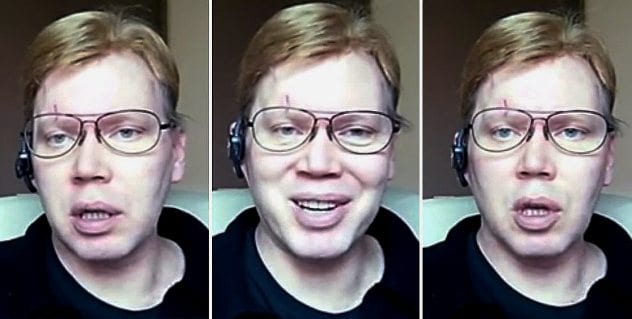 Singer was not the only person at these parties. They were held by Marc Collins-Rector, the owner of a media company called DEN. Collins-Rector hired Egan as an actor, and he was the one who invited him.

At these parties, according to Egan, adult men floated drugs and alcohol to teenaged boys, and used them for sex. Not only were they underage, but it was not always consensual. Egan claims that Collins-Rector pinned him down and violently sexually abused him, in one case holding a gun to his head and threatening to shoot him if he did not stop resisting.

Egan did not just file charges against Singer. He filed them against Marc Collins-Rector and two of his associates as well—as did several other boys. One of those boys, incidentally, was Alexander Burton, who was given the role of Pyro in Bryan Singer’s X-Men.

When the charges came in, Collins-Rector fled the country. He ran as fast as he could so that he would never have to meet his accusers in court. The boys were awarded $4.5 million—and, when the police finally found Collins-Rector, he confessed to five charges of sexually assaulting minors. 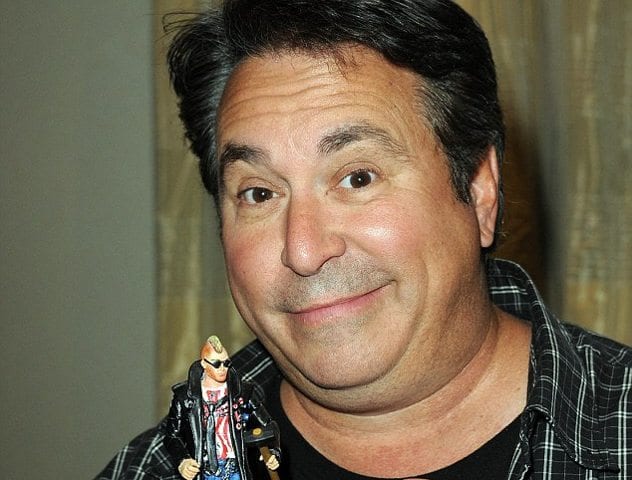 Marc Collins-Rector is not even the only convicted pedophile associated with Singer. There is also Brian Peck, who played a minor role in Singer’s X-Men. Singer cast Peck again in X-Men 2—which was a strange choice for a movie about gifted youngsters. After all, between the two movies, Peck went to jail for sexually assaulting a 15-year-old.

Peck also worked as a dialogue coach, often working with companies like Nickelodeon to coach child actors. He spent 6 months having a sexual affair with an unnamed child actor on Amanda Bynes’ The Amanda Show until the family charged him with sexual assault in 2001.

Peck, though, got out of jail and went right back to work. And it was not just Bryan Singer who hired him—Disney hired the convicted child molester, back on his old job, to work as a dialogue coach on The Suite Life of Zack & Cody.

5
Corey Haim Was Allegedly Raped on the Set of Lucas 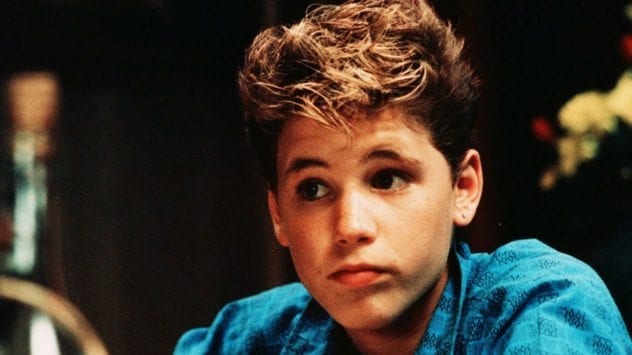 After Corey Haim died, his friend Corey Feldman became one of the most outspoken actors willing to talk about pedophilia in Hollywood. The two Coreys were famous for being abused.

In the words of Little House on The Prairie star Alison Arngrim, “Everybody knew that the two Coreys were just being passed around.”

Feldman started real controversy when he claimed that Haim was assaulted on the set of Lucas. An older man, Feldman claims, told Haim “it was perfectly normal for older men and younger boys in the business to have sexual relations, that it was what all ‘guys do.’ ”

Feldman would not name the assaulter because the statute of limitations in California made it impossible to press charges. If he did, he said, he would be sued for libel while the rapist could not be touched. Other friends of Haim, though, have backed up Feldman’s story.

All Feldman will say is that the attacker “is still prominently in the business today”—a line that has led to a lot of speculation. Some have suggested it was Charlie Sheen.

One of Haim’s friends accused director Dominick Brascia. Brascia, for his part, denies it, but says he knows who really did it. With the law protecting the guilty, though, it is unlikely we will ever know for sure.

4
Martin Weiss Was Released as Soon as He Was Convicted

Martin Weiss was a Hollywood manager who specialized in finding kids. He had his share of successes. Nickelodeon and Disney both used him as a talent scout and took on the kids that he found. The whole time, though, he was using his position to abuse children.

Weiss used his position to take advantage of 11-year-old Evan Henzi more than 30 times over a period of years. It took until Henzi was 14 to work up the courage to press charges. Weiss pled no contest and was sentenced to one year in jail—but, since he had served the prison time while he was waiting for his trial date, he was released as soon as he was convicted.

“I’m angry at the legal system,” Henzi said after his abuser was released. “I blamed myself and felt guilty. Going back to the beginning, I realized that was not the case and it was just me trying to believe that everyone was good in the world and knew better than me. Now that I’m older, I know it was just sick. You don’t have sex with an 11-year-old kid.”

3
A Nickelodeon Production Assistant Used His Job to Assault Children 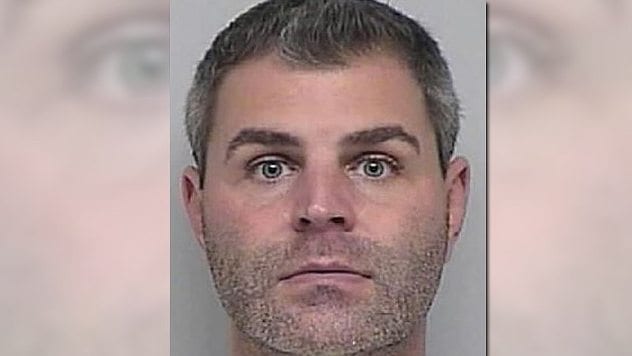 Jason Michael Handy describes himself as a “pedophile, full-blown.” That, though, did not stop him from taking a job at Nickelodeon.

Handy used his position to lure children. In 2004, he contacted a 14-year-old girl over the internet, introduced himself as a Nickelodeon producer, and promised her a television career. The lure of stardom was enough to get the young girl to give up anything—and so she let him fly all the way to Michigan, where he met her at her school.

It is a terrible story—but the really terrible part is that nothing changed.

In 2009, after serving his time, he got out of jail and moved to North Carolina—and then did the same thing all over again. 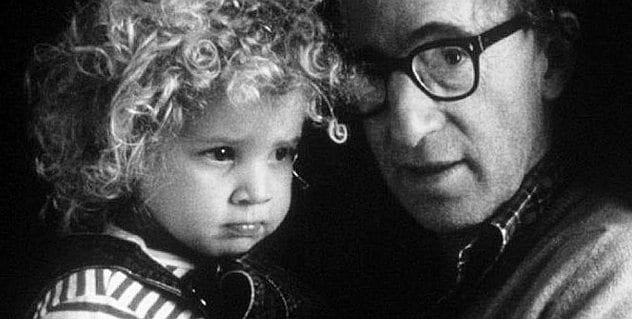 But these stories are not just limited to production assistants. Some of the biggest names in cinema have been accused of pedophilia. The worst of all has to be Woody Allen—who was accused of raping his own daughter.

“When I was seven years old, Woody Allen took me by the hand and led me into a dim, closet-like attic on the second floor of our house. He told me to lay on my stomach and play with my brother’s electric train set,” Allen’s daughter, Dylan Farrow, claims. “Then he sexually assaulted me.”

Farrow took her father to court for it, but she was not able to prove it. The judges, though, ruled that “the best interests of these children would be served by remaining together in the custody of Ms. Farrow” instead of Allen. He even forbid Allen from visiting his children.

It does not help Allen’s case that he married his adoptive stepdaughter. Nor does it help that his own son, Ronan Farrow, also thinks he did it. “I believe my sister,” Ronan said. He was not there to see it happen, but he confirmed something else his sister had claimed.

Woody Allen, both children agree, would climb into Dylan’s bed at night and force her to suck his thumb.

1
Roman Polanski May Be about to Get Away with Rape 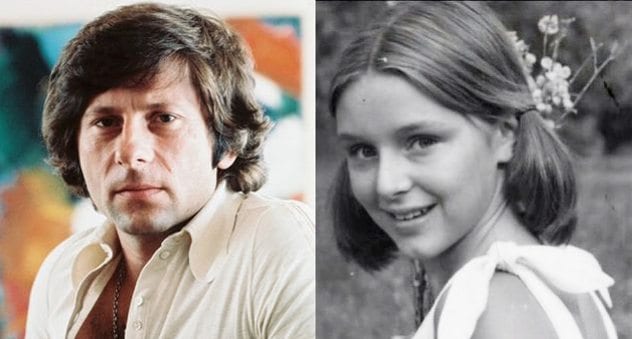 Roman Polanski’s sexual assault of 13-year-old Samantha Gailey is one of the best-known Hollywood scandals. You might have heard the story before—but you might not realize that Polanski is about to get away with it.

In 1977, Polanski fed the 13-year-old Gailey Quaaludes and alcohol, and sexually assaulted her inside of Jack Nicholson’s home. Gailey, according to her testimony yelled, “No, keep away!” and “Stop it!” while Polanski forcibly sodomized her.

Polanski was found guilty, but he fled the country to avoid jail time. That was 40 years ago, and Polanski has been free ever since. He has made countless films, won Oscars, and not served any of the 50 years he was sentenced to spend in prison.

And he might be about to get away with it completely. At this moment, Polanski is negotiating with the courts. He expects to be allowed to return to the country and not serve any more time in jail—and, so far, it seems like he is going to get his way.