SOUFUL ENERGY…The Origins of the Soul 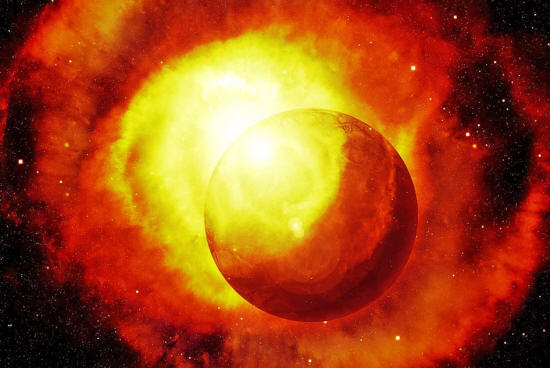 *What drives one person to pursue material ambitions and momentary pleasures for their entire lives, and another to search for something deeper and more meaningful?

*What allows two people to witness the same poignant scene of earthly suffering, but only one of them experience a deep enough ‘awakening’ to completely change their lives?

*What makes some people more mature, receptive and compassionate than others?

As LonerWolf has been a contributor to an increasing awareness of soul ages and old souls throughout the world, I would like to dedicate this article to sharing with you my experience and understanding of the origins and refinement of this energy we call our “Soul”.

Science of the Soul

We have a beautiful way of referring to all living energy in my Incan culture – we call it “Kawsay Pacha”.
Interestingly, the more I learned about other ancient shamanic cultures, the more I realized how similar our understandings are.

As an example, the Yaminawá (an Amazonian shamanic tribe) refer to the animated essence, or spirit of life, as “Yoshi”, while the Hawaiian Kahunas call this energy “Mana”.

Science is finally agreeing that the world is a living, vibrating being, and consequently that everything within it is interconnected.

Vibrations repeat themselves in wave-like patterns, using physical systems in the atomic and subatomic realms which compose the entire universe, and quantum physics is making huge strides in understanding these as “probability waves”.

Quantum Physics and Mechanics both show us that the physical universe is a sea of energy, and that all physical matter, at its fundamental level, is nothing more than a collection of electrical charges interacting with a background matrix of electromagnetic and other electric charges.

We now know that the electron is no longer thought of as a particle, spinning around the nucleus of the atom, but is conceptualized as being ‘virtual’ (i.e. the particle doesn’t exist as separate from the wave outside of our space-time perception of it), and is spread throughout space as a quantum wave.

The implications of these discoveries are boundless.

Since Newton, we’ve held a material worldview that matter came first, but now we may have to abandon that notion in favor of the mind, or consciousness, theory.

This widely accepted theory of consciousness is known as the ‘productive theory‘, in other words, that the brain creates our ability to be consciously aware.

However, now we may have to accept a more ancient view from many cultures who perceived the living energy, spirit or consciousness as the primary force of life – and that is exactly what is happening.

Scientifically this ancient view is known as the ‘transmissive theory’, and it suggests that,consciousness is inherent within the cosmos and is therefore transpersonal or independent of our brain and senses, but is moderated by them, proposing that the brain acts as a lens through which consciousness is filtered, adapted, focused and experienced

The Journey from Spirit to Soul

Many of our soul-work students ask me what is the difference between Spirit and Soul.

This is a very important question…!

As we have explored above, there is an underlying power, energy, essence or consciousness that births, energizes and sustains all of creation and the universe in its many manifested forms and appearances, and it is to this underlying power everything returns.

Spirit can appear in many different shapes and forms within a universe that is harmonious, as it works in an inter-relational flow.

This means it can create and recreate itself without the limits that exist within time and space – in other words, it is ever growing. This means that in our very nature, we are all ‘Spirit’ because we all are composed of this innate living energy, or ‘Kawsay Pacha’, that is manifesting itself.

Spirit consists of frequency manifested in that which moves and vibrates, for example:
plants, animals, stars, water, stones, earth,
…and everything else that we can perceive, as everything is composed of a frequency of energy vibration.

As we have seen above, even consciousness is within this realm of Spirit.

This consciousness is perceived in all spiritual traditions as completely whole, undivided, and the source of all creation. This wholeness, this state without division, this Oneness is part of all aspects of creation.

At some point during our physical manifestations as Spirits we slowly started to become aware of ourselves, and a spark of ‘Soul’ was ignited within our physical bodies, giving birth to our spiritual journey towards ‘Becoming’, or, the Soul’s thirst to reunite with Spirit.

It is during this period when we start developing a Soul, that we are capable of consciously experiencing the universal Spirit that so many enlightened masters have talked about.

Our Souls, in turn, are purified and refined each time they return to existence, and through lifetimes of conscious development grow older and wiser. This, to me, is the essence of Soul Ages.

In the end, our Souls play a big role in our lives.

It is our Soul that provides us with a kind of inner voice, a moral compass of compassion and direction that guides our lives. It is our level of Soul sensitivity, or intuitive feeling, which remind us that there are deeper things in life and more that we can see, experience and become.

And it is our Soul that suffers when we don’t nourish it with meaning, purpose or spiritual significance.

The Power of Soulful Energy

our capacity to direct or focus the available Soul Age energy we carry within us with enough force or strength.

Our degree of Soulful Energy is determined by three fundamental:

An example of this can be when talking of spiritually significant topics with different types of people. A Younger Soul, for instance, will not have much interest in such a topic of conversation, while an Older Soul will be.

Another example of Soulful Energy is, for example, during our daily lives we are highly motivated to go and exercise one day, but then the next day we don’t have the slightest desire to do so.

It is almost as though we are two entirely different people…!

We usually attribute this behavior to poor willpower, and essentially that is correct when with our new understanding of the world of energy, we define ‘willpower’ as an accumulation of available energy.

Willpower and discipline are normally thought of as characteristics of personality that one either possesses or not, but we rarely stop to wonder where that driving force of energy that determines our good or bad heath, good or bad luck, available affection and love and so on comes from.

Systems like the “Law of Attraction” make use of this notion of Soulful Energy as well as ancient mystical teachings such as Qigong that teach you how to align your Spirit, or what they call ‘Qi’, the “life energy force“.

I’m often asked if it is possible to make the jump from Mature Soul to Old Soul in one lifetime – my answer is yes, it is…

It is not only the age of the energy we were born with that determines our Soulful Energy, but the way we refine and purify it through daily use, as well as our abilities to accumulate more energy. Our soulwork work is centered around that: