The Difference that Open-Minded People Possess 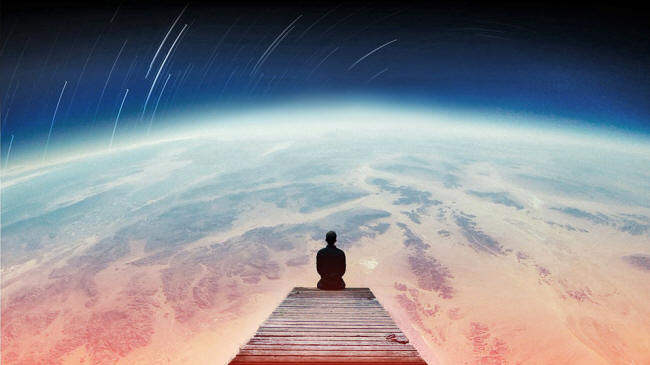 We are wise and intellectually aware in proportion to our open-mindedness.

Think about a kid. According to the work of developmental psychologists, in the first few years of its life, it has a very loose concept of self and object.

In plain English, such a child is extremely egocentric, and it can’t imagine the world from someone else’s point of view. With time and experience, however, as we all know, this begins to change.
It learns to respond to its parent’s cues, and it starts to acknowledge the existence of many unique personalities.

With more time and experience, it completely sheds the illusion that it is the only thing that exists in this world. It becomes aware that whatever it identifies as self actually isn’t the only self that interacts with reality.

The details of how this occurs are hazy, but a big part of it is that, with time, there is just more information that has been consumed and filtered to help the person make sense of its interactions with the world. As a result, it starts to see its surroundings in a way that is more conducive to its survival.

As adults, most of us have a very defined sense of self. We are also very aware of other people and their selves.
That said, in the same way that a young child often struggles to see the world as anything other than what it directly knows, we similarly get stuck in our own ways and refuse to look at things from a different angle, even if that angle may be better for us.

In today’s world, the lack of open-mindedness is maybe one of the core issues leading the way for many of the surface-level problems we face.

It seems that we are so set in existing ways that the idea of learning from new, conflicting information has become as terrifying to us as many real, physical threats.
Our identities have found their place, and they don’t care to update.

Regardless of any personal opinion, that’s undoubtedly a problem, no?

The Value of Peripheral Awareness

In The Mind Illuminated  –  a science-based book on meditation – the authors present a simple model of consciousness that I think is relevant here.

They compare our conscious experience to that of vision, where each moment has a focal point, yes, but also a peripheral range that appears subtly in the background.

For consciousness, the distinction is between attention, which is what focuses us, and peripheral awareness, which keeps us alert.

Any time you experience something, you have a point of focus  –  something the absorbs your mental energy. If you’re cooking, for example, this will be cutting vegetables.
That said, you also know  –  and this is your awareness  –  that the dog is running around behind you and that the TV is on downstairs.

If we stretch this model a little further, we can see how it explains the difference that open-minded people possess that doesn’t seem to come as easily to those who are not yet where they want to be in this regard.

Whenever we talk about something dear to us, our focus of attention is not only on the topic, but it is also on whatever our opinion espouses. We see the whole topic through the pre-existing lens we have attached to our identity, which makes it hard for anything new to penetrate our belief.

What open-minded people are able to do, however, is that they can refocus in and out of the thing dictating their attention at any given point, and as a result, they are able to let the peripheral awareness capture whatever lesson a new, conflicting thing may or may not contain.

The lens of our attention is always going to distort information to fit into it as it likes rather than doing the hard job of incorporating the new after it causes a disturbance.

That’s why even smart people can hear a valid contradictory opinion and still shrug it off like it doesn’t mean a thing.

The key to an open mind lies in being able to attend to a topic at hand without using that same attention to closely tie in a current belief system in such a way that it forgets the existence of a world beyond what it already knows.

It’s always in the peripheral awareness that you will find information that is going to challenge you and make you better off in the long-term. The only way to capture it is to know when to zoom out of the wrong kind of attention.

A Better Response to a Threat One of the evolutionary purposes of our peripheral vision  –  and by extension, our peripheral awareness  –  is to register any incoming threats or surprises.

It’s not very active most of the time, but when it does fire up, it’s in response to something subtle that nudged it. It gives us a clue that something in our environment isn’t as it should be, meaning that attention is needed elsewhere.

We have all had these moments. They are practically everyday occurrences.

You’re sitting in the park, and suddenly, in the corner of your eye, you see a football driving towards you, causing you to immediately duck. Or you happen to be dozing off in class or at work, and a quick glance at the clock surprises you enough that your entire attention then shifts.

It’s not only that, though.
What about when someone insults you?

Or when someone says something that you aggressively disagree with?
It’s the same thing, the same sudden emotions arising unexpectedly.

It’s your mind telling you that you are being threatened. It’s not physical, of course, but your sense of self, your ego, is being attacked  –  which, as far as your evolutionary instincts are concerned, is basically the same thing.

Most people use these threats and surprises unproductively.
At best, they let them cause anger.

At worst, they plot for ways to get back at the person.
An open-minded person, however, would use something like that.

She would take note of every time she felt surprised or threatened in this way, and she would then think it over at a later time, when she had calmed down, to dissect if there was any information there that may be valuable.

If your identity is being threatened or your sense of self is surprised by a fact or an opinion, the chances are that there is conflicting information in there, somewhere, that contradicts with how you currently see the world, and the solution isn’t to ignore or suppress it. It’s to use it to update your mind.

Your peripheral awareness is a light that attracts the darkness of what has yet to illuminate you. But for you to see it that way, you have to help it out when it provides the signal. You have to look for the pleasant in the unpleasant.

Every surprise, every threat, and every shock is an information point, and the only way to extract that information is to take note and then to pay attention.

Any time you have experienced a paradigm shift in your thinking, it has been because your mind has been opened up to a whole new realm of existence.

The level of open-mindedness you show in your day to day life informs the amount of learning available to you for the future, which in turn is what stops you from living with a faulty and problematic way of seeing reality.

Put more bluntly, as Roman Emperor Marcus Aurelius did in his Meditations:

“If someone is able to show me that what I think or do is not right, I will happily change, for I seek the truth, by which no one was ever truly harmed.

It is the person who continues in his self-deception and ignorance who is harmed.”

If you carefully observe most debates and arguments, you will realize that many people seem to, fundamentally, want the same thing.

The problem is usually that they just refuse to take into account the other’s point of view.

The world would be a better place if more of us learned to harness the power of peripheral awareness, and it’d move faster if we dissected the right signals.

Our minds are continually evolving, and like the development of a child, they can’t do so unless they feed on, and filter for, the available information.

There is great possibility in what you don’t know.

But you have to look for it…