Shedding Outdated Skin…Building the Bridge from Man to Overman 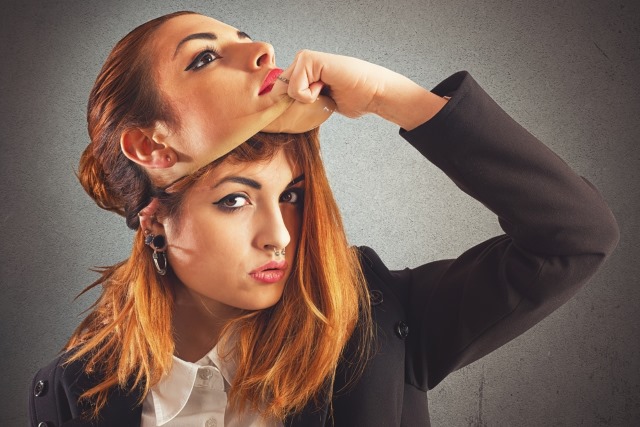 “The snake which cannot cast its skin
has to die.
As well the minds which are
prevented from changing their opinions;
they cease to be mind.”

If you would be alive – if you would choose to live an examined life, a fulfilled life, a self-actualized life, a life well-lived – then don’t fearfully choose the safe road, what Jung called “The Road of Death.”

Choose instead the courage to face the trials and tribulations of an adventurous road, a road full of danger and risk.

On the bridge from Man to Overman, there is no place for half-assed lifestyles and herd instincts. There’s no place for fear-based perspectives and cowardly excuses. There’s no place for play-it-safers and goodie-two-shoes clinging to comfort and light.
The bridge is too narrow for narrow-mindedness.
It’s too shadowy for those who have not reconciled their own shadows. It’s too full of dark nights for anyone who hasn’t experienced a Dark Night of the Soul. It’s too painfully real for those who have not overcome the Matrix and embraced the Desert of the Real.

The bridge is only for courageous self-actualizers and heroic self-overcomers.

If your intent is not self-actualization and self-overcoming, then simply get out of the way. Don’t block those with a full heart just because your heart is empty.

fill your heart with courage.
Join the ranks of healthy progressive evolution.
“I teach you the Overman,”

“Man is something that should be overcome. What have you done to overcome him?”

Taking the leap of courage

“Every valuable human being
must be a radical and a rebel,
for what he must aim at
is to make things better than they are.”

* Can you feel the constriction of your comfort zone?

* Like a too-safe straight-jacket keeping you out of harms way?

* Can you feel the warm glow of contentedness quietly stagnating you?

* Causing you to feel like you’ve made it somehow?

* Can you feel the secure pressure of the status quo keeping you in line?

* Causing you to blindly accept, to myopically believe that you’ve somehow got it    all  figured out?

Taking a leap of courage is daring yourself to escape these feelings.

It’s encouraging yourself to step outside your comfort zone. It’s having the audacity to think rather than believe, to take things into consideration rather than rely on conviction. It’s inspiring yourself to be heroic despite fear.

Look, I get it. Inside the comfort zone everything is safe and warm, solved and unriddled. But there’s also no adventure there. There’s no risk. There’s no challenge.

There is everything in there to help you heal, it’s a great place to lick your wounds, but there’s nothing there to help you grow. Healthy growth, the kind of growth that builds resilience and robustness, can only be achieved outside the comfort zone…
There’s got to be risk.

Inside the comfort zone there’s placation, pacification and pity.

There’s everything that keeps us appeased and satisfied. There’s God with his shiny promises and glossy platitudes keeping us pampered and coddled and giving us that warm fuzzy feeling. But there’s no growth. There’s no questions. There’s no humor. There’s no furthering of evolution.

Outside of the comfort zone God is dead. Or, at least, God is a garden.

A vast and vital garden filled with the compost of every man-made God to ever have existed, rotting like deified fertilizer for the future fertilization of ever-improved and ever-updated Gods.

Alas, the bridge from Man to Overman can only be built outside our comfort zones.

Indeed, we stand upon the corpse of God in order to self-actualize our place as Gods in the making. Building the bridge out of the bones of ‘God’… and Giants

“We are all Mothers of God,
for God is always needing to be reborn.”

The bridge is a symbol for revivification, a creative renaissance, a spiritual rebirth, an existential resurgence.

The bridge is a path, but it’s also a crossroads – a snarling juxtaposition. It’s built out of the outdated bones of God toward the updated end of creative evolution. It’s fixed into place with existential glue.

It’s sturdier than any bridge ever created, but it’s surrounded by an angry abyss, and it’s never completed.

We are all architects of this bridge to some extent. Some of us are aware of it, but most of us are not.

Like pre-enlightened Rumis, we’re incapable of seeing that the door to our prison is wide open. And always has been…

The bones of God are sturdy and steadfast.

Solid ground upon which to keep moving, ever-forward, ever-overcoming, ever-evolving. It takes the Newtonian notion of “standing on the shoulders of giants” to the next level. It’s Meta-perceptual.

We stand on the bones of God in order to see further than God did. In order to perpetually propel human imagination and ingenuity. In order to grow and keep growing, despite creature comforts, herd instincts, and psychosocial hang-ups.

Building the bridge begins with each of us taking personal responsibility for our contribution to human evolution.

We all carry the bones of God. Self-overcoming is taking the reins of our life into our own hands, and proactively going about improving upon who we were yesterday.

It’s a personalized Fibonacci sequence (self-improvement) striving toward Phi (enlightenment), where our own development is predicated upon an individualized progressive evolution that will ultimately contribute to the evolution of the species.

If you meet Nietzsche on the bridge, kill him

“If you meet The Buddha on the road,
kill him.”

Similarly, we should kill our notion of self-mastery in order to continue improving our mastery.

Think of it as a kind of recycled mastery, where we recycle the mastery of yesterday into the remastered mastery of today. This applies to the concept of deification itself.

So as not to get stuck in a particular state of growth, it is vital that we “kill” the notion that we have “arrived.” That our evolution is somehow “complete.” That there is nothing further to grow into, nothing to question, nothing to overcome.

The bridge from Man to Overman is built ever-finitely into the infinite future.

Killing Buddha (God) on the road and killing Nietzsche (Godhood) on the bridge is vital to keep creative evolution in perspective, so as not to get hung-up on any particular notion of Truth.

The bridge from Man to Overman is filled with the outdated bones of dead Gods and the burnt-out husks of outdated truths.

Those who are proactively and courageously building the bridge understand that Truth is a fickle beast. Almost as fickle a beast as human fallibility.

It’s for both reasons that those who are building the bridge consistently recycle their own mastery.

At the end of the day, the bridge from Man to Overman is a process of self-actualization and self-overcoming. It’s the collective personification of creative evolution.

We build the bridge to provide a flexible and malleable path toward godhood. We keep building, destroying and rebuilding so that past growth adds to, without subtracting from, the healthy and progressive evolution of the species.