Beyond the Chakra System 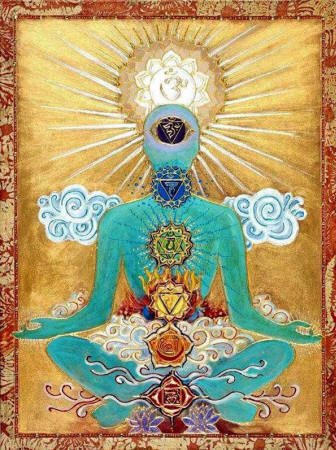 There has been much buzz about the chakra system amongst New Age circles.

There has been a lot written about them, and seem to be the focus for so many modern teachers.

It is presented as if it is a major part of ancient Vedic knowledge. It’s Not…

It seems to be beneficial for the mind and body to balance the chakras, as they are energy transfer points in the body for cosmic energies. But it is not by any means necessary.
Outside of the certain yoga traditions, there is little mention of them in any other world traditions. 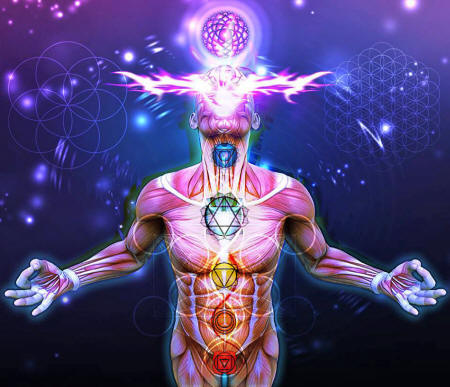 Kundalini Yoga has become popular as of late. It is a very dangerous practice.

It takes many, many years to condition the body and mind to force the kundalini up the spine properly. Otherwise one can become permanently damaged, both physically and/or psychologically. The goal of this type of yoga is to activate the third eye and the crown chakra, merging one’s consciousness in oneness.

This path, and type of oneness, leads one directly into the false light constructs, where one’s consciousness and life force become absorbed into the collective hive mind. One then remains unconscious in stasis as his life force is used as “food for the gods.”

This is not a path that I would recommend to anyone.

The chakra system is,
the junction between your body and the cosmic energies.
The cosmos is created from the top down.

When the pure energies of the upper dimensions enter the cosmos, it is like a pure white light striking a prism and fragmenting into seven colors. The one centralized center of energy and of Being is then fragmented into seven fragments, divisions and colors.

The cosmos is manifest as seven major dimensions of consciousness, just as a prism fragments the pure light into seven colors.

The first manifested dimension is the plane of intelligence, and then sequentially, the

We reside in the lowest dimension, known as the physical dimension; the earth element. Above us is the astral plane, which is associated with water.

The next is the heavenly kingdoms, associated with fire, etc. 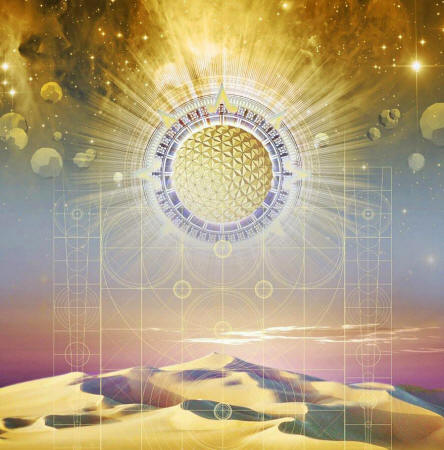 When we, as individual Selves, enter the cosmos, we go through the same procedure. We are microcosms of the macrocosm.
As humans living in the physical dimension, we are fragmented into seven centers of consciousness called chakras, and they are connecting points to the cosmic energies.

Each chakra, in a way, connects with its specific dimension.

Above the chakra system is the false ego, which keeps us bound within the cosmic energies.

The problem with the chakra system is that, just as our mind, it has been programmed by the hidden hand; the predators, as Don Juan calls them.

Therefore we are imprisoned by them. Each chakra has its own separate program, but they all work together. They are like radio receivers to receive cosmic energies. Because they are programmed, whatever energy comes through is programmed.

But there is a way out of this prison and it has nothing to do with working with the chakras.

Working with the chakras has a very limited scope. 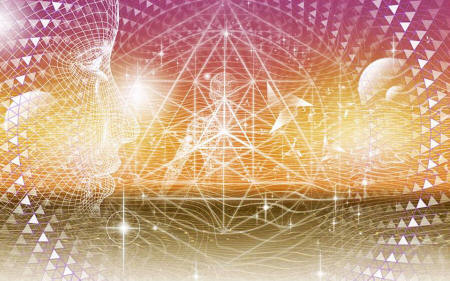 If you notice, none of the great masters have ever mentioned that one should work with the chakra system.

There is no thought or process to bypass the system. It is automatic. Hence there is no mention of them.

One automatically just slips right past the whole thing. If you fall back into the depths of the Self, you will know that the Self is deep within the center of your Being. It is much deeper than the chakra system.

You bypass it completely…

The Self is whole and complete. It is a single point of consciousness. When you awaken to the Self, you will know that it is a central, singular energy center.

It is integral. It is not fragmented. The chakra system is a fragmented state of existence with several energy centers. This central energy center, the Self, is the divine Heart, which has nothing to do with the heart chakra.

The divine heart is the source of divine unconditional love, whereas the physical heart chakra is the center of conditioned, sentimental love.

So don’t get entangled with working with the chakra system. 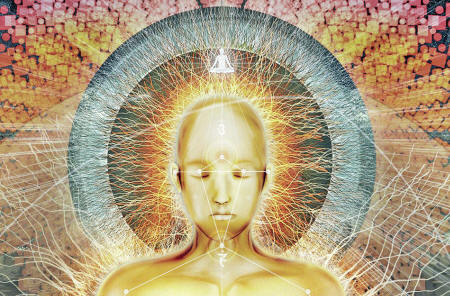 It has nothing to do with awakening to Self awareness.

All of these new age doctrines are heavily bound within the programs of the Matrix.

Practitioners bring external cosmic lights through their crown chakra, work with other dimensional cosmic entities, reiki, channeling, worshipping gods and goddesses, rituals, work with crystals and so many other ‘dangerous’ activities.

These are all dealing with cosmic energies and entities, and unfortunately, the area of the cosmos that we inhabit are tightly controlled by the predators.

The only way to freedom is to bypass all of these programs and go directly into the Self.

This is the Inner Journey.

Eyes wide open and be safe…